Many strategy execution processes fail because the firm does not have something worth executing. 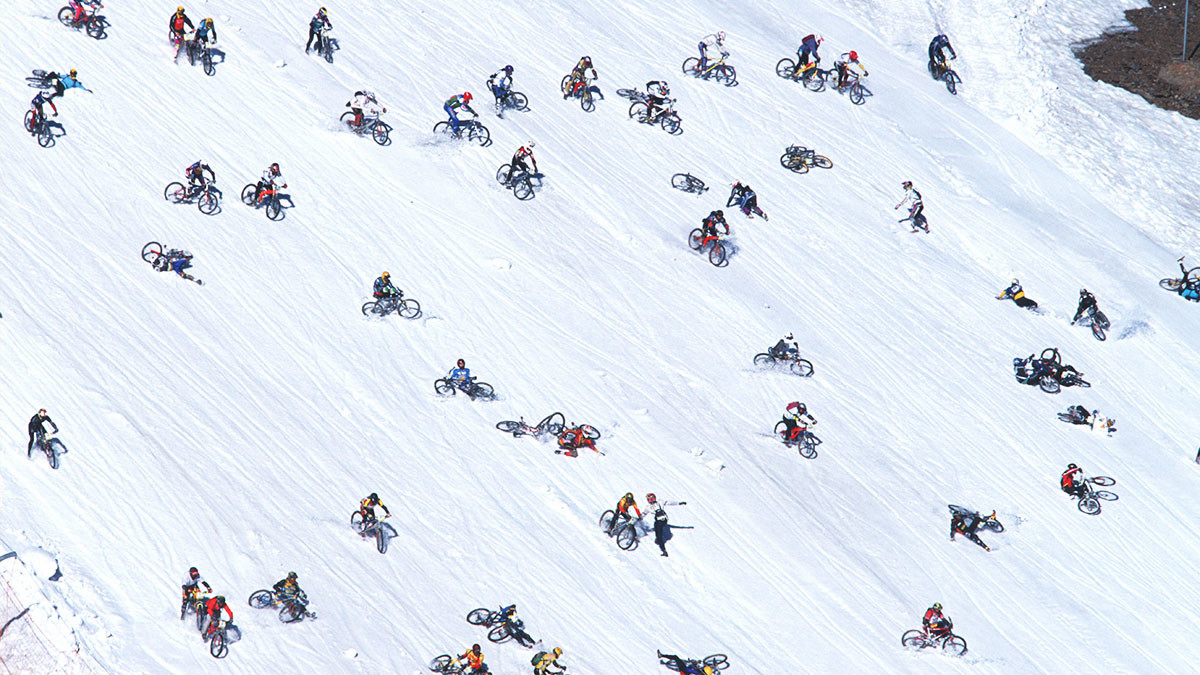 The strategy consultants come in, do their work, and document the new strategy in a PowerPoint presentation and a weighty report. Town hall meetings are organized, employees are told to change their behavior, balanced scorecards are reformulated, and budgets are set aside to support initiatives that fit the new strategy. And then nothing happens.

One major reason for the lack of action is that “new strategies” are often not strategies at all. A real strategy involves a clear set of choices that define what the firm is going to do and what it’s not going to do. Many strategies fail to get implemented, despite the ample efforts of hard-working people, because they do not represent a set of clear choices.

Many so-called strategies are in fact goals. “We want to be the number one or number two in all the markets in which we operate” is one of those. It does not tell you what you are going to do; all it does is tell you what you hope the outcome will be. But you’ll still need a strategy to achieve it.

Others may represent a couple of the firm’s priorities and choices, but they do not form a coherent strategy when considered in conjunction. For example, consider “We want to increase operational efficiency; we will target Europe, the Middle East, and Africa; and we will divest business X.” These may be excellent decisions and priorities, but together they do not form a strategy.

Let me give you a better example. About 15 years ago, the iconic British toy company Hornby Railways — maker of model railways and Scalextric slot car racing tracks — was facing bankruptcy. Under the new CEO, Frank Martin, the company decided to change course and focus on collectors and hobbyists instead. As a new strategy, Martin aimed (1) to make perfect scale models (rather than toys); (2) for adult collectors (rather than for children); (3) that appealed to a sense of nostalgia (because it reminded adults of their childhoods). The switch became a runaway success, increasing Hornby’s share price from £35 to £250 over just five years.

That’s because it represented a clear set of just three choices, which fit together to form a clear strategic direction for the company. (Unfortunately, in recent years Hornby abandoned its set of choices, to quite disastrous consequences, where it was forced to issue a string of profit warnings and Martin was encouraged to take early retirement.) Without a clear strategic direction, any implementation process is doomed to fail.

Communicate your logic. Sly Bailey, at the time the CEO of UK newspaper publisher Trinity Mirror, once told me, “If there is one thing I have learned about communicating choices, it is that we always focus on what the choices are. I now realize you have to spend at least as much time on explaining the logic behind the choices.”

A set of a limited number of choices that fit together — such as Hornby’s “perfect-scale models for adult collectors that appeal to nostalgia” — is easy to communicate, which is one reason you need them. You cannot communicate a list of 20 choices; employees simply will not remember them. And if they don’t remember them, the choices cannot influence their behavior, in which case you do not have a strategy (but merely a PowerPoint deck). However, as Bailey suggested, communicating the choices is not enough.

Consider Hornby again. Its employees — product designers and technical engineers, for example — could all tell me their company’s new choices. But they could also tell me the rudimentary logic behind them: that their iconic brand names appealed more to adults, who remembered them from their childhoods; that the hobby market was less competitive, with more barriers to entry and less switching by consumers. It is because they understood the reasoning behind Frank Martin’s choices that they believed in them and followed up on them in their day-to-day work.

It’s not just a top-down process. Another reason many implementation efforts fail is that executives see it as a pure top-down, two-step process: “The strategy is made; now we implement it.” That’s unlikely to work. A successful strategy execution process is seldom a one-way trickle-down cascade of decisions.

Stanford professor Robert Burgelman said, “Successful firms are characterized by maintaining bottom-up internal experimentation and selection processes while simultaneously maintaining top-driven strategic intent.” This is quite a mouthful, but what Burgelman meant is that you indeed need a clear, top-down strategic direction (such as Hornby’s set of choices). But this will only be effective if, at the same time, you enable your employees to create bottom-up initiatives that fall within the boundaries set by that strategic intent.

Burgelman was speaking about Intel, when it was still a company focused on producing memory chips. Its top-down strategy was clear: (1) to be on the forefront of (2) semiconductor technology and (3) to be aimed at the memory business (not coincidentally a set of three clear choices!). But Intel implemented it by providing ample autonomy and decentralized budgets to its various groups and teams, for employees to experiment with initiatives that would bring this strategic intent to life and fruition.

Many of these experiments failed — they were “selected out,” in Burgelman’s terminology — but others became successes. One of them formed the basis of the Pentium microprocessor, which would turn Intel into one of most successful technology companies the world has ever seen. It was the combination of a broad yet clear top-down strategic direction and ample bottom-up initiatives that made it work.

Let selection happen organically. A common mistake in the bottom-up implementation process is that many top managers cannot resist doing the selection themselves. They look at the various initiatives that employees propose as part of the strategy execution process and then they pick the ones they like best.

In contrast, top executives should resist the temptation to decide what projects live and die within their firms. Strategy implementation requires top managers to design the company’s internal system that does the selection for them. Intel’s top management, for example, did not choose among the various initiatives in the firm personally, but used an objective formula to assign production capacity. They also gave division managers ample autonomy to decide what technology they wanted to work on, so projects that few people believed in automatically failed to get staffed.

Be brave enough to resist making these bottom-up choices, but design a system that does it for you.

Make change your default. Finally, another reason many implementation efforts fail is that they usually require changing people’s habits. And habits in organizations are notoriously sticky and persistent. Habits certainly don’t change by telling people in a town hall meeting that they should act differently. People are often not even aware that they are doing things in a particular way and that there might be different ways to run the same process.

Identifying and countering the bad habits that keep your strategy from getting executed is not an easy process, but — as I elaborate on in my book Breaking Bad Habits — there are various practices you can build into your organization to make it work. Depending on your specific circumstances and strategy, this might involve taking on difficult clients or projects that fit your new strategy and that trigger learning throughout the firm. It may involve reshuffling people into different units, to disrupt and alter habitual ways of working and to expose people to alternative ways of doing things. It may also involve identifying key processes and explicitly asking the question “Why do we do it this way?” If the answer is a shrug of the shoulders and a proclamation of “That’s how we’ve always done it,” it may be a prime candidate for change.

There are usually different ways of doing things, and there is seldom one perfect solution, since all alternatives have advantages and disadvantages — whether it concerns an organization’s structure, incentive system, or resource allocation process. We often resist change unless it is crystal clear that the alternative is substantially better. For a successful strategy implementation process, however, it is useful to put the default the other way around: Change it unless it is crystal clear that the old way is substantially better. Execution involves change. Embrace it.

Freek Vermeulen is an associate professor of strategy and entrepreneurship at London Business School and the author of Breaking Bad Habits: Defy Industry Norms and Reinvigorate Your Business (Harvard Business Review Press, 2017). Twitter: @Freek_Vermeulen.
This article is about STRATEGY EXECUTION

Any questions?
Powered by Sagacity